If you are thinking of delving into mobile game development, the first thought you would have had was to ask yourself which platform to learn first; Android or Apple.

Native Mobile Apps appear to be the “cool” development platform these days. It’s not hard to understand why over 12 million developers have chosen to dedicate their lives to building native apps[1]. Gaming apps can utilise the latest device capabilities, load graphics fast and can perform equally well offline as well as presenting the gameplay on a silky smooth interface.

However there is an alternative and equally viable platform. The global demand for the HTML5 game development platform has expanded so fast that it is currently crying out for seasoned developers from more traditional environments to crossover. With the relentless backing of the giants of the industry including Apple and Google, HTML5 is rapidly becoming the leading technology for game development.

So if you are thinking of crossing over to mobile game development, here are my 5 reasons for never going native:

1. One Platform to rule them All 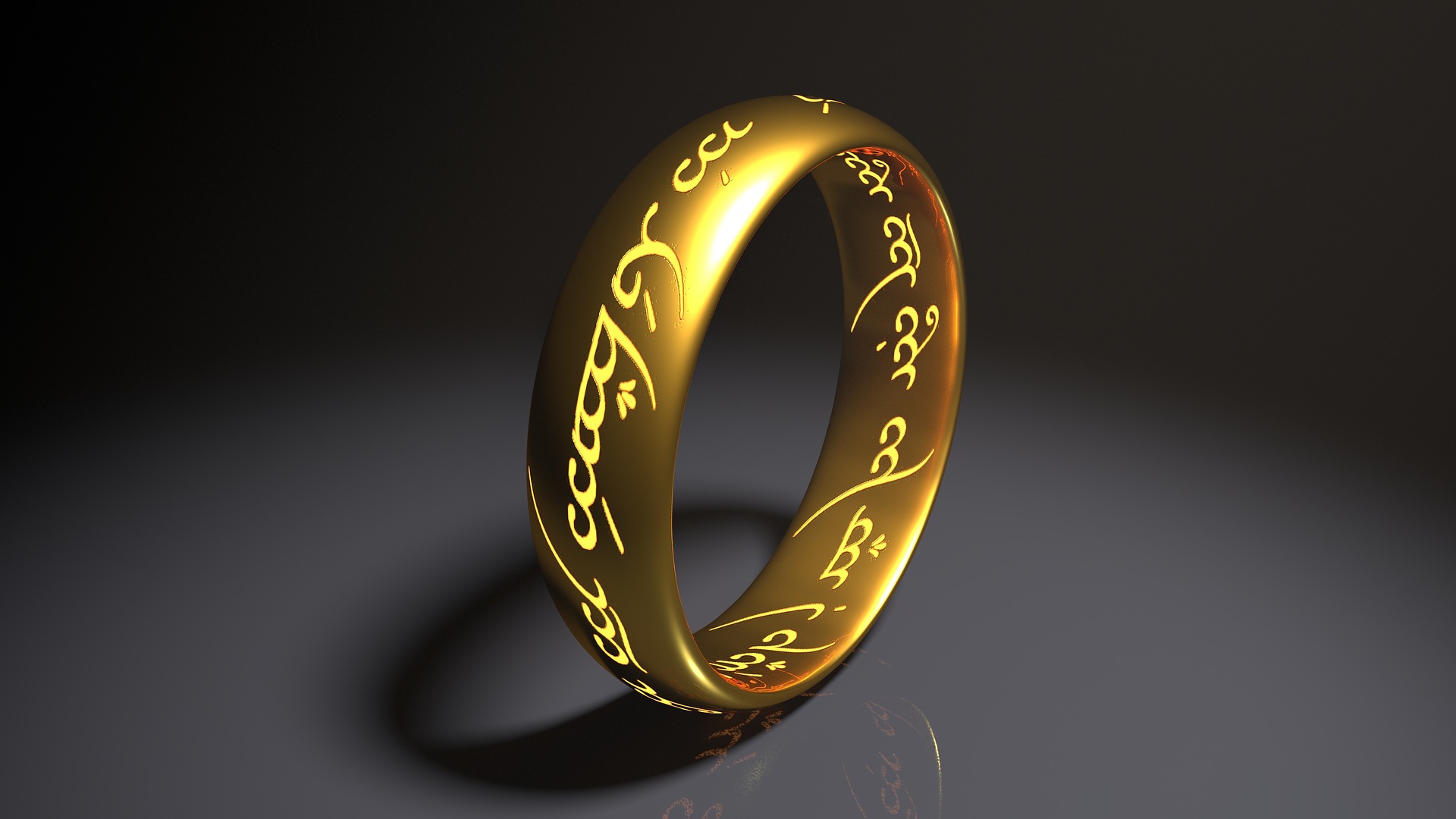 Each of the major native platforms requires their apps to be developed in their own language. For Apple it is Objective C or Swift and for Android it is Java. Furthermore I find it ludicrous that you can only run Xcode, the Integrated Development Environment (IDE), on a Mac OS X. I should point out there is a possible workaround by running a virtual machine, however this is illegal[2].

So not only do you have to develop the app using different programming languages, you potentially also have to buy a separate computer.

In contrast nearly every mobile device, tablet and PC system offers full support to the latest games developed in HTML5. Also you can develop HTML5 games on Notepad (TextEdit if on a Mac). In fact I used Windows Notepad to develop the game featured in my book published by Apress, “Crossover to HTML5 Game Development”.

A few years ago I was approached by a Marketing Director to consult on a new range of story based games that would be developed over the next 2 years. Throughout the first meeting he kept insisting that they would need apps for the games to play on their iPad mounted displays. You can understand his initial disbelief when I explained that if they were to develop in HTML5 the games would not only be instantly available to be deployed on the display units in the museums but also on their websites, the handheld (android) devices handed out for tours and in their promotional USBs; all for a fraction of what the app development would have been.

So never before has there been such a widely accepted platform by literally every manufacturer and operating system. Thus HTML5 truly is the one platform to rule them all. 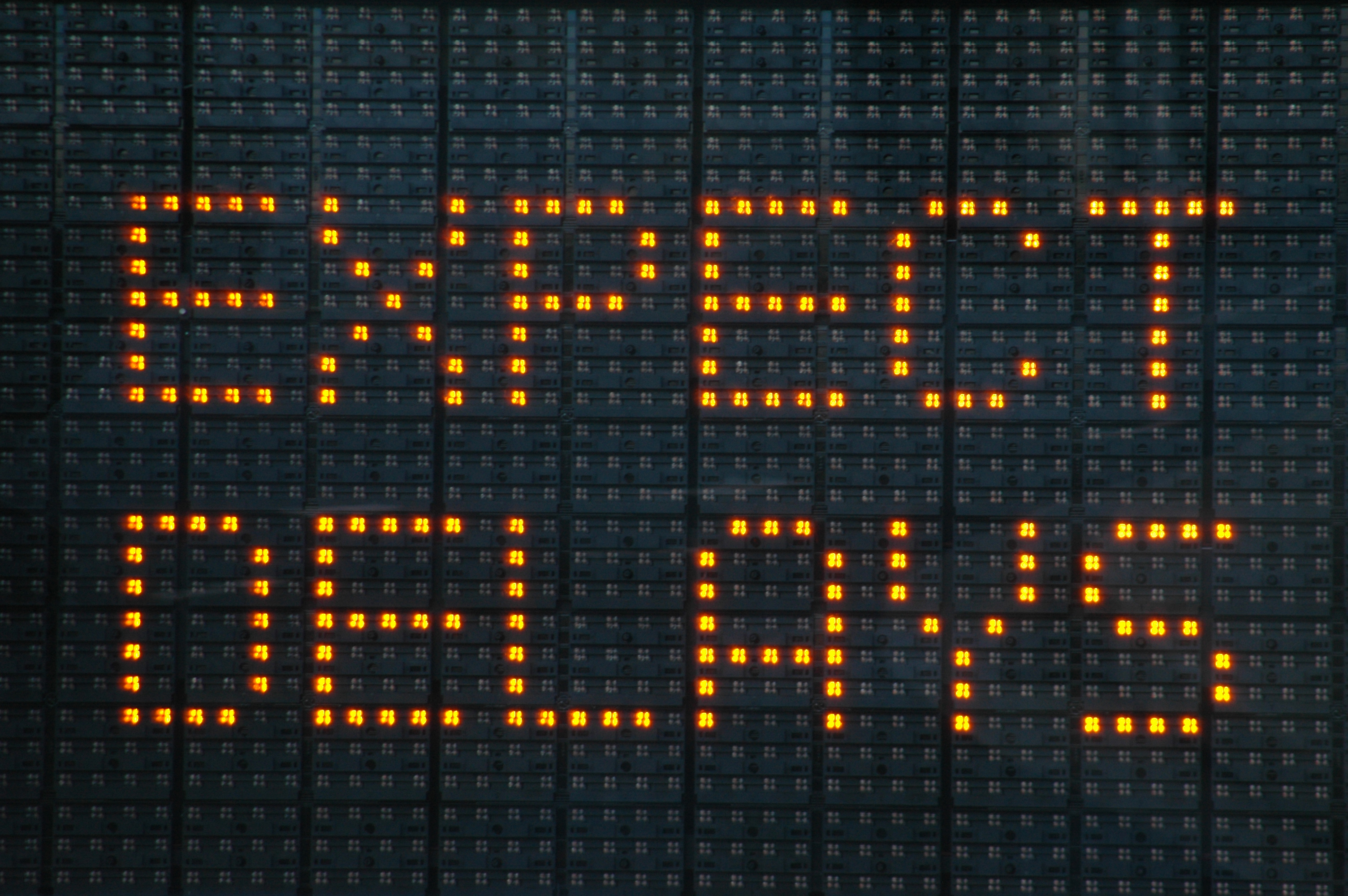 Need to update your game? Does it need to be done now?

With HTML5 games, your user will see the new updates in about the length of time it takes to click “upload” on your ftp program.  With native apps you are at the mercy of your gatekeeper.

Although the app update approval process has sped up considerably from the early days there is still a migraine inducing waiting period; particularly if the updates are urgent.

Let’s finish this point by taking a minute to remind ourselves of the 16 months Google’s Voice App lingered in the Apple approval queue (although this was considered to be an anomaly)[3]. 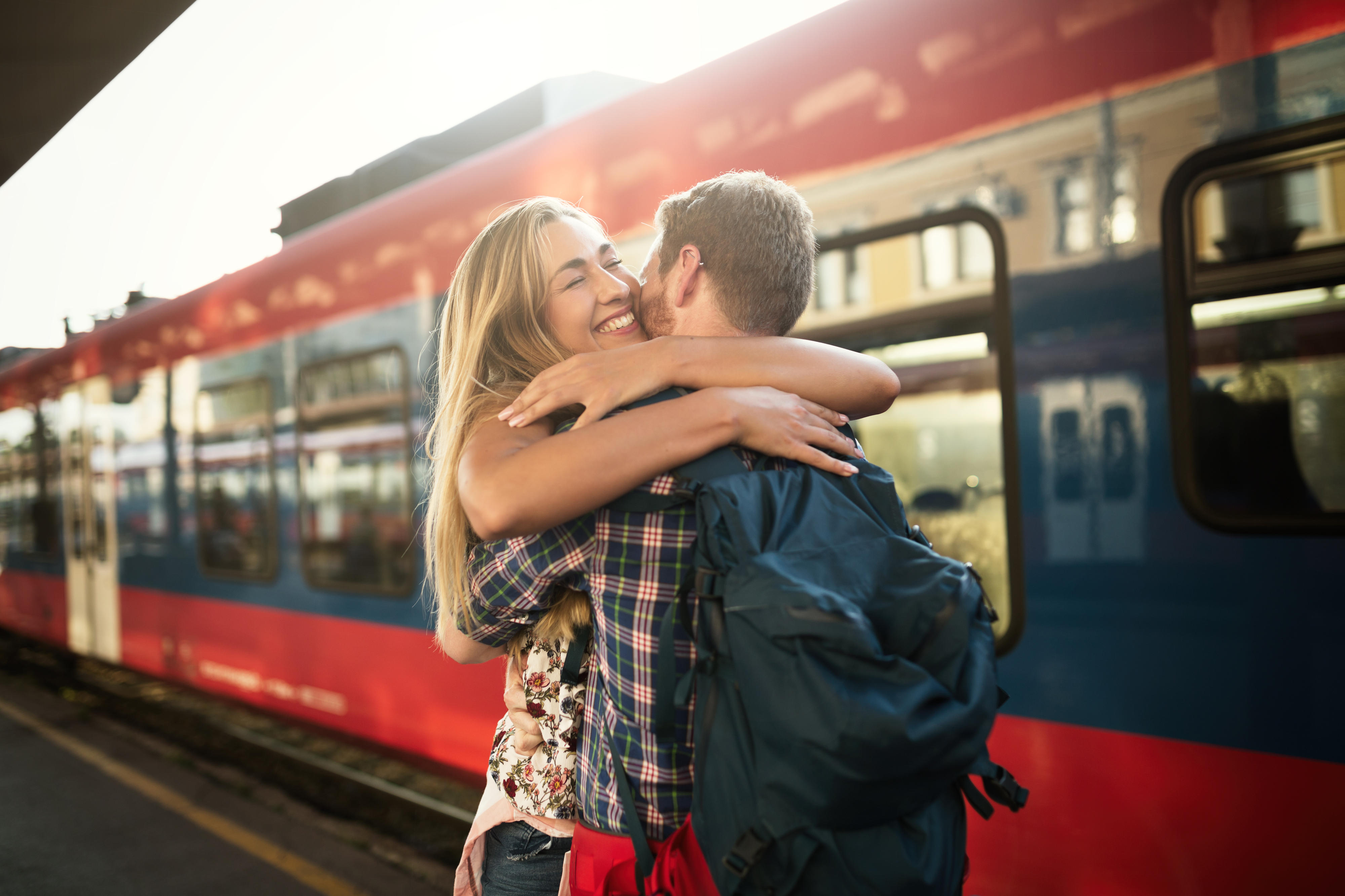 Chances are you already have a basic knowledge of HTML. Almost everyone has tinkered with a web page at some point. The markup language is simple to use, intuitive to learn and easy to test on browsers. Also you can use literally any IDE (including my favourite Notepad) to code HTML5 games.

In contrast with native apps you may or may not already be familiar with their programming languages. On top of that their IDEs can be a little tricky to get familiar with. I remember in the early days, I would spend a few minutes every morning in awe at how badly Xcode was built. An example was how often it crashed; Eclipse (running on the same Mac) never did crash. In contrast Apple’s own product, Xcode, would crash with alarming frequency on Apple’s own hardware.

I should stress that although familiarity with HTML will result in a smoother and faster development process, you should think about taking the time and work through a project. As a matter of fact that’s exactly what I do in my new book “Crossover to HTML5 Game Development”.

4. Seek and (maybe) they will find 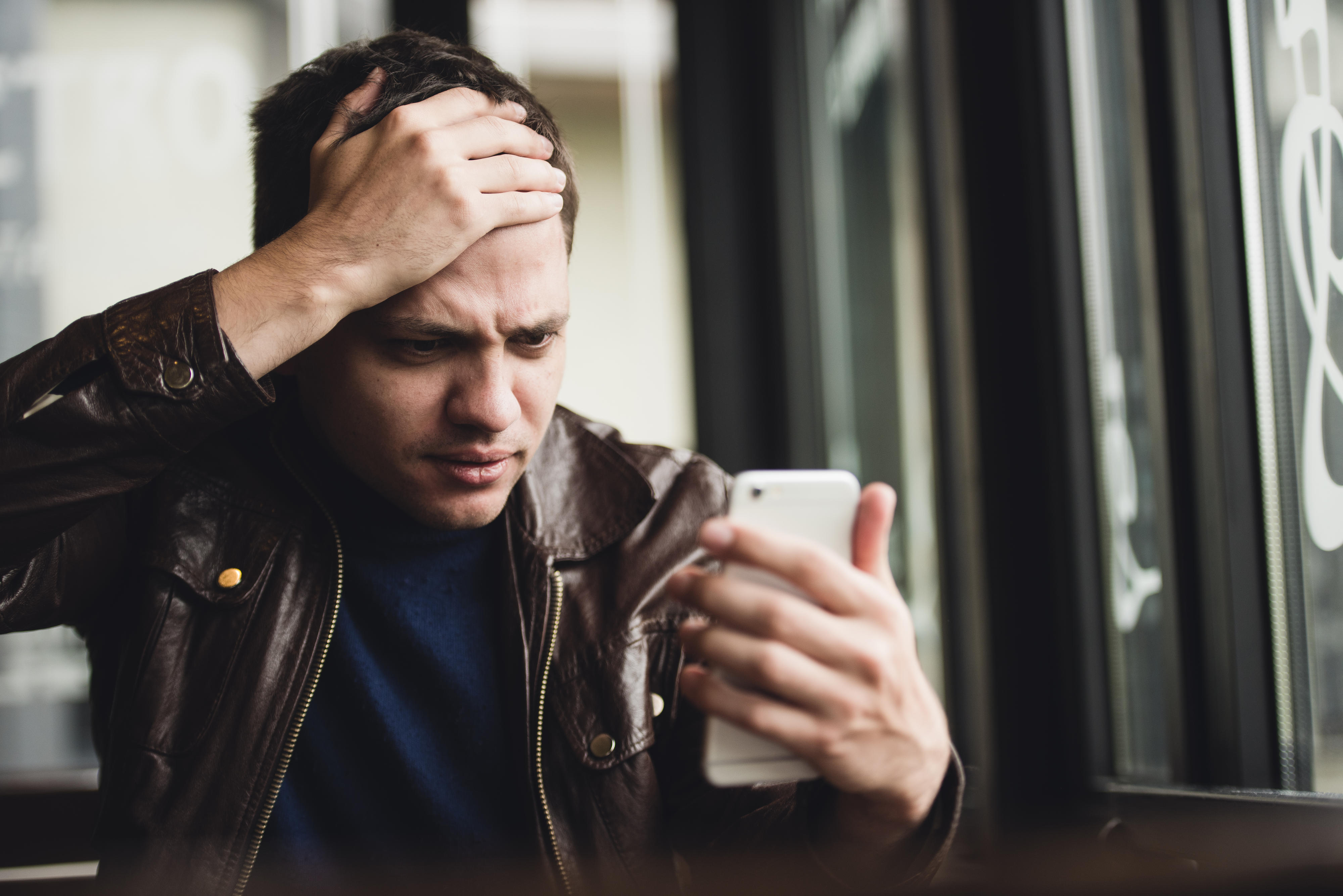 Granted the introduction of ASO (App Store Optimization) is essentially SEO for the apps respective stores. However even this is may be too little too late for the jaw dropping 5 million apps residing in the Play and App stores[4].

I know how it feels; you painstakingly spend your evening for several months developing your awesome game. You even go as far as developing each function/level/screen simultaneously in both Java and Objective C. The day finally comes (after the sleepless nights waiting for approval – see point 2 above) and your beautiful app enters the stores only to be competing with 1000 other new apps[5].

In contrast HTML5 games are essentially websites. Websites, we all know, can be optimised from day 1 of your games development. Meaning the page your game sits on will be known to search engines when you launch your game.

Not only that, as your game gains traction, other sites will be able to link or embed your game into theirs. Even better you can publish your HTML5 games onto Facebook in a few easy steps[6]. Meaning an increasing number of link backs resulting in higher SEO ranking.

The ultimate goal of any game is to find players who will not only play but also recommend, share and even promote the game. HTML5 games can do all that easily.

5. My Kingdom for more memory (and battery)

It seems every time there is another major iOS update, users have to start doing a major app cull. What are the chances your game will be included in that?

Add in the towering amount of photos saved from apps like Instagram, Snapchat and the default camera, memory to the user becomes their “precious”.

HTML5 games require no memory or device permissions. They run seamlessly on the user’s browser and as a bonus can even be saved as an icon on the user’s desktop[7].

I appreciate there are an equal number, if not more, reasons for developers to “go native” and I even look forward to hearing any counter arguments. However the more I work as a consultant in the commercial world, the more HTML5 is the better option. The reasons above may not work for someone looking to develop the next Angry Birds (or dare I say Flappy Birds) in their evenings.  However if you are looking to crossover your skills in the hope to find work in the future I would passionately steer you towards HTML5.

Want more? Zarrar Chishti's recent Apress release, Cross Over to HTML5 Game Development: Use Your Programming Experience to Create Mobile Games, is now available. Get your copy today and quickly learn the language of HTML5. Skip the fundamental of basic coding and just dive right into developing games in HTML5!