Math and Science with a 3D Printer

By Joan Horvath and Rich Cameron 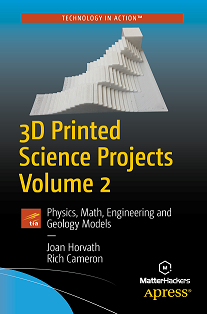 Teachers have always used physical models to explain abstract concepts. How does that change if the teachers (and the students) now have 3D printers? It seems like it should be easy to just whip up some models of the lesson of the day. However, models for a 3D printer need to be developed in some sort of 3D computer-aided design (CAD) program, which can be a barrier for busy teachers.

We have tried to bridge that gap by creating models of science and math concepts that are written in the OpenSCAD open-source programming language. OpenSCAD allows you to develop 3D models in a way that can easily be altered by changing a few numbers or one line in a program. We used OpenSCAD to develop math and science models that could be altered (within some limits, of course) based on the math or science as much as possible.

We discovered that creating such models was harder than it had first appeared, particularly because many classic textbook illustrations all use the same cartoonish 2D projections of a concept and it takes some thought to figure out how to use that third dimension accurately.

People often only think about using a 3D model to visualize a physical system (or, perhaps, something very big or very small, like molecular structures). We think, though, that there is particular value in models that can be changed to experiment with the ideas. 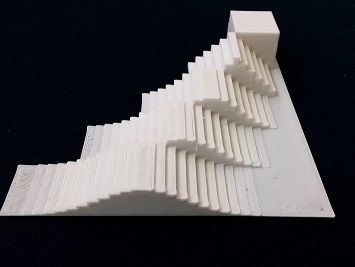 The model on the cover is an example of a model that allows you to experiment. The model lets you specify different combinations of dice to see how the probability distribution changes as the number or type of dice is varied.

One thing we’ve found really gratifying is how excited professional scientists and engineers get when they see a concept they’ve only had in their heads created in the real world. Even if you understand something deeply, there’s always more to learn when you can hold your ideas in your hand!

Joan Horvath and Rich “Whosawhatsis” Cameron are the co-founders of Nonscriptum LLC. Their Pasadena-based consulting and training firm focuses on teaching educators and scientists how to use maker tech. Joan is an MIT alumna, recovering rocket scientist and educator, and Rich is an open-source 3D printer hacker who designed the RepRap Wallace and Bukito printers. Joan and Rich have collaborated on six books on maker tech for Apress, most recently 3D Printed Science Projects, Volume 2.