In light of the unprecedented events of the COVID-19 pandemic, we at Apress have launched a new blog series, Tech During COVID-19. We asked our authors how they envision tech and workplaces changing and adapting, as well as how readers and tech enthusiasts can best maximize this time at home. 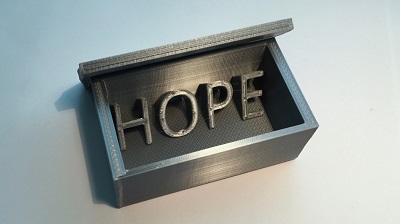 The world is now split into pre-COVID and the current purgatory, where we really don’t know what the world will look like next. One thing that is clear though is that no one will look at small scale digital fabrication (3D printing, laser cutting, etc) quite the same way again.

We have been working with 3D printers in one capacity or another for many years, and one great frustration has been that lower-cost, smaller machines were seen as toys. One mismatch, in our mind, was that the printing capacity was marketed mostly to home users. That meant that manufacturing environments did not take them seriously, and many home users had primarily frivolous uses.

However, a lot of the power of cheap 3D printers lies in having many of them, and having them near the site where you are going to use whatever it is you are making. An early adopter of this business model is Slant3D which created a custom printer module and a factory with many of these modules. They sell their printer module with the intent that a user can get their model right locally, and then send it to Slant’s facility for mass production.

However, the mindset that lower-cost parts can only really be feasible to sell if they meet the threshold for injection molding still remains. And it is true that if you want 100,000 of something every day, 3D printing isn’t the way to do it. However, the COVID-19 crisis has made it clear how much surge capacity now exists in US manufacturing.

It has been all over the news that groups are printing personal protective equipment on ad-hoc collections of 3D printers. There are many challenges with this, having to do with consistency of the prints, infection control during the process, making sure that the right things are being printed, the logistics of what to do about managing large numbers of people who are printing a very small number of parts, and more. There has also been a lot of consternation over whether the 3D prints, which are difficult to sterilize, might actually be vectors for transmitting the virus.

However, if one can quickly centralize capacity to make essentially a pop-up factory, this can provide just enough to work through a time when supply chains for the United States to Asia are just too long. Yes, consumer 3D printing was over-hyped a few years ago, and some of its applications were often a little goofy. Printers, like all tools, take a while to learn to use, and there have been many false starts.

Where will it go next? We feel the Greek legend of Pandora gives a cautionary tale. Pandora opened a box that let out many evils into the world, such as death and pestilence.

In the legend, Pandora let out all the bad things but slammed the box shut before the last thing inside it--hope--managed to get out. This time, maybe we can let those little boxes of hope whirring away on the desks of makers around the world push aside the fear and pestilence and start a new wave of innovation. 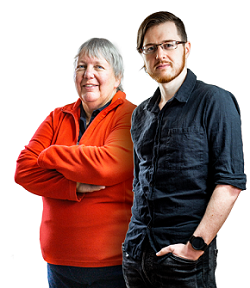 Joan Horvath & Rich Cameron have collaborated for 7 books for Apress, including a 2nd edition of the pioneering Mastering 3D Printing, due out soon. They also have multiple courses on LinkedIn Learning, formerly Lynda.com, and consult through the company they co-founded, Nonscriptum LLC.