In 2018, real-time ray tracing arrived in consumer GPU hardware and swiftly established itself as a key component of how images would be generated moving forward. Now, three years later, the second iteration of this hardware is available, mainstream game consoles support ray tracing, and cross-platform API standards have been established to drive even wider adoption.

Developers and researchers have been busy inventing (and reinventing) algorithms to take advantage of the new possibilities created by these advancements. The “gems” of knowledge discovered during this process are what you will find in Ray Tracing Gems II.

This Open Access book is a must-have for anyone interested in real-time rendering. Ray tracing is the holy grail of gaming graphics, simulating the physical behavior of light to bring real-time, cinematic-quality rendering to even the most visually intense games. Ray tracing is also a fundamental algorithm used for architecture applications, visualization, sound simulation, deep learning, and more.

Ray Tracing Gems II is written by industry experts with a particular focus on ray tracing, and it offers a practical means to master the new capabilities of current and future GPUs with the latest graphics APIs. 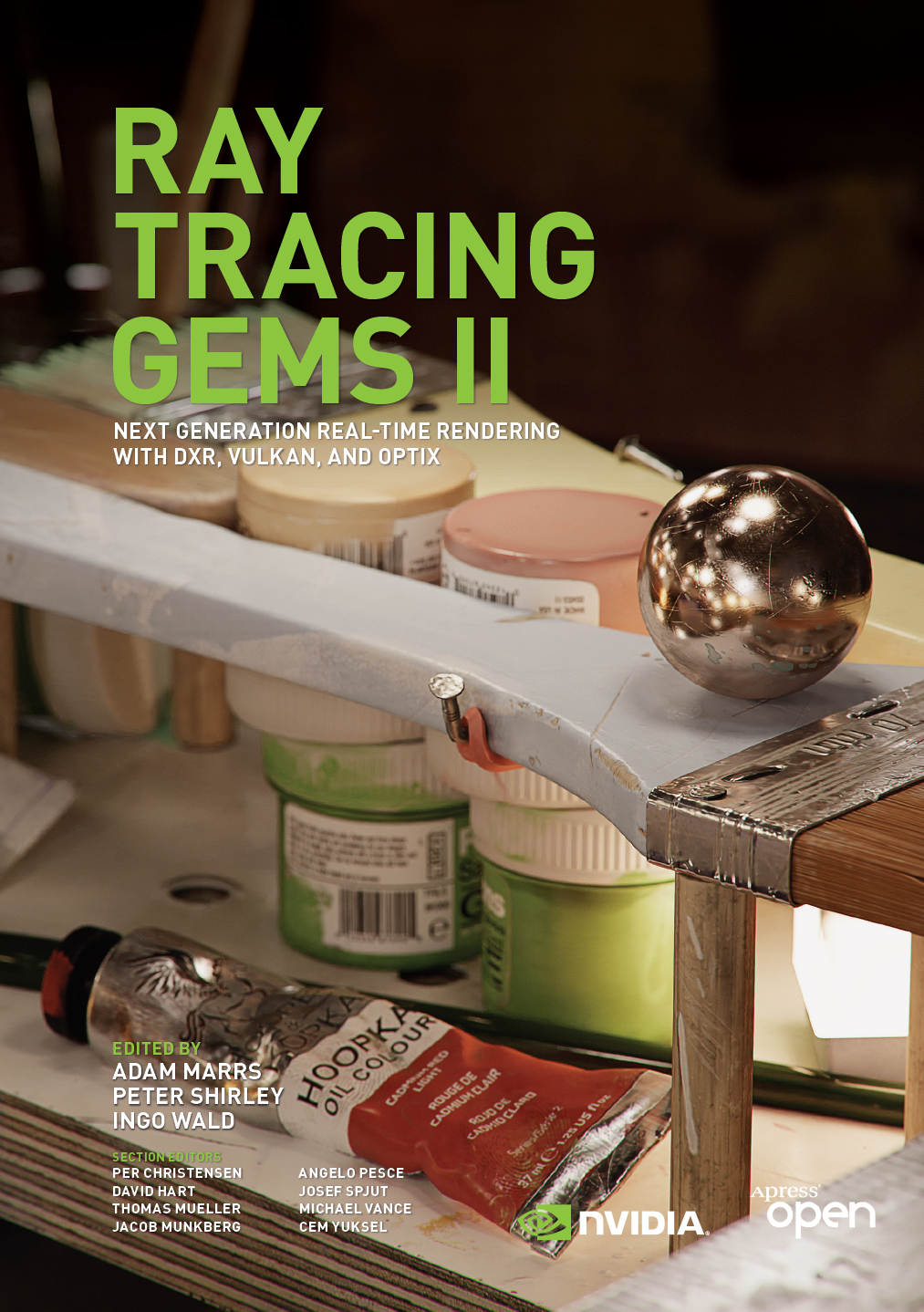