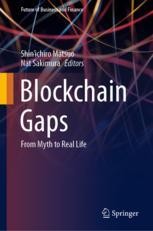 From Myth to Real Life

This book analyzes the fundamental issues faced when blockchain technology is applied to real-life applications. These concerns, not only in the realm of computer science, are caused by the nature of technological design. Blockchain is considered the foundation of a wide range of flexible ecosystems; its technology is an excellent mixture of mathematics, cryptography, incentive mechanisms, economics, and pertinent regulations. The book provides an essential understanding of why such fundamental issues arise, by revising the underlying theories. Blockchain theory is thus presented in an easy-to-understand, useful manner. Also explained is the reason why blockchain is hard to adopt for real-life problems but is valuable as a foundation for flexible ecosystems. Included are directions for solving those problems and finding suitable areas for blockchain applications in the future.

The authors of this work are experts from a wide range of backgrounds such as cryptography, distributed computing, computer science, trust, identity, regulation, and standardization. Their contributions collected here will appeal to all who are interested in blockchain and the elements surrounding it.

Dr. Shin'ichiro Matsuo is a research scientist in cryptography and information security. He is working on maturing blockchain technology from the academia side and presents research results on blockchain security. At Georgetown University, he directs the Blockchain Technology and Ecosystem Design (B-TED) Research Center and leads multi-disciplinary research among technology, economy, law, and regulation. He also leads international research collaboration on blockchain as a director's Liaison for Financial Cryptography at the MIT Media Lab and founded BASE (Blockchain Academic Synergized Environment) alliance with the University of Tokyo and Keio University. He is a co-founder of the BSafe.network, an international and neutral research test network to promote applied academic research in blockchain technologies. He is a part of many program committees on blockchain technology and information security, and a program co-chair of Scaling Bitcoin 2018 Tokyo. He serves as the leader of security standardization project of blockchain (ISO TC307). Previously he served as the head of Japanese national body of ISO/IEC JTC1 SC27/WG2 for cryptographic techniques, a member of advisory board cryptographic technology for the Japanese government.

Nat Sakimura is a well-known identity and privacy standardization architect at NAT Consulting and the Chairman of the Board of the OpenID Foundation. Besides being an author of such widely used standards as JWT (RFC7519), JWS  (RFC7515), OAuth PKCE (RFC7636) and OpenID Connect that are used by over three billion people, he helps communities organize themselves to realize the ideas around identity and privacy.

As the chairman of the board of the OpenID Foundation, he streamlined the process, bolstered the IPR management, and greatly expanded the breadth of the foundation spanning over 10 working groups whose members include large internet services, mobile operators, financial institutions, governments, etc.

He is also active in public policy space. He has been serving in various committees in the Japanese government including the Personal Data Working Group of the Ministry of Economy, Trade and Industry and the Study Group on the Platform Services of the Ministry of Internal Affairs and Communications.