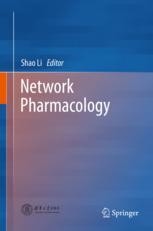 This book introduces “network pharmacology” as an emerging frontier subject of systematic drug research in the era of artificial intelligence and big data. Network Pharmacology is an original subject of fusion system biology, bioinformatics, network science and other related disciplines. It emphasizes on starting from the overall perspective of the system level and biological networks, the analysis of the laws of molecular association between drugs and their treatment objects, reveals the systematic pharmacological mechanisms of drugs, and guides the research and development of new drugs and clinical diagnosis and treatment. After it was proposed, network pharmacology has been paid attention by researchers, and it has been rapidly developed and widely used.

In order to systematically reveal the biological basis of diagnosis and treatment in traditional Chinese medicine and modern medicine, we proposed a new concept of "network target" for the first time, which has become the core theory of "network pharmacology". The core principle of a network target is to construct a biological network that can be used to decipher complex diseases. The network is then used as the therapeutic target, to which multicomponent remedies are applied.

Dr. Shao Li is a tenured professor at Tsinghua University, the director of TCM (traditional Chinese medicine)-X center, and the deputy director of Bioinformatics Division, BNRist. He proposed the “network target” concept and methodology to shift the “one target, one drug” approach, and is exploring a new way to the Precision Chinese Medicine on inflammation and cancer from a network and systems perspective. He is the founder of TCM network pharmacology, and the Chairman of Specialty committee of network pharmacology, World Federation of Chinese Medicine Societies (WFCMS). He published over 150 papers in leading journals such as Molecular Systems Biology, Cancer Research, and Cell Reports, which have been cited more than 4000 times. He held over 30 US and China patents. His works were highlighted by Nature China, F1000, and made the headline in The Wall Street Journal, which was selected as one of “The World top 10 news of TCM in 2014” by WFCMS. He was honored Li Shizhen Pharmaceutical Innovation Award (China Association of Chinese Medicine, 2019), National Ten-Thousand Talents Program (2019), National Outstanding Young Scientist Award (2012), Young and middle-aged leading talents in science and technology innovation (2018), National Science & Technology Award (2004), National Education Award (2009), and National Excellent Doctoral Dissertation (2003).