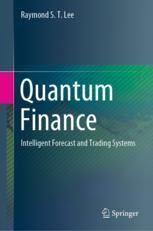 With the exponential growth of program trading in the global financial industry, quantum finance and its underlying technologies have become one of the hottest topics in the fintech community. Numerous financial institutions and fund houses around the world require computer professionals with a basic understanding of quantum finance to develop intelligent financial systems. This book presents a selection of the author’s past 15 years’ R&D work and practical implementation of the Quantum Finance Forecast System – which integrates quantum field theory and related AI technologies to design and develop intelligent global financial forecast and quantum trading systems.

This book is both a textbook for undergraduate & masters level quantum finance, AI and fintech courses and a valuable resource for researchers and data scientists working in the field of quantum finance and intelligent financial systems. It is also of interest to professional traders/ quants & independent investors who would like to grasp the basic concepts and theory of quantum finance, and more importantly how to adopt this fascinating technology to implement intelligent financial forecast and quantum trading systems. For system implementation, the interactive quantum finance programming labs listed on the Quantum Finance Forecast Centre official site (QFFC.org) enable readers to learn how to use quantum finance technologies presented in the book.

Dr. Raymond S. T. Lee has over 23 years of experience in IT consultancy, R&D in the field of quantum finance, AI, chaotic neural networks, intelligent fintech systems, and intelligent e-commerce systems. He has successfully patented and commercialized his invention – the Quantum Finance Forecast System in the business sectors in China and Hong Kong.

After graduation from Hong Kong University, he joined the Hong Kong Government’s Observatory as a Meteorological Scientist where he specialized in weather forecasting and developing meteorological telecommunication information systems from 1989 to 1993.

Prior to becoming an Associate Professor at BNU-HKBU United International College (UIC) in 2018, Dr Lee worked as a lecturer at the Department of Computing at Hong Kong Polytechnic University. He was promoted to Assistant Professor in 2000 and Associate Professor in 2005 respectively. During this time, he published over 150 papers and six textbooks covering the fields at chaotic neural networks, AI-based fintech systems, intelligent agent technology, chaotic cryptosystems, ontological agents, neural oscillators, biometrics, weather simulation and forecasting systems.

Dr Lee was invited to join Leanda Investment Group in China (2012-2017) as Group CTO/Chief Analyst to implement his Quantum Finance Forecast System on major commodities in China for over 2000 investors.

In March 2017, he founded the Quantum Finance Forecast Centre QFFC (http://qffc.org), a non-profit making, AI-Fintech R&D and global financial forecast centre, which provides a free and open platform for traders and individual investors around the world.

“This book is both a textbook and professional book tailored for undergraduate and master-degree students, researches and scientists working in the field of financial engineering and intelligent systems, professional traders independent investors, lectures and tutors who would like to teach students quantum finance. In my opinion, this is an excellent and fruitful book.” (Vassil Grozdanov, zbMATH 1444.91003, 2020)