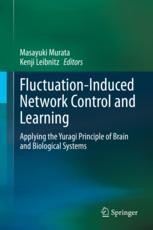 Applying the Yuragi Principle of Brain and Biological Systems

From theory to application, this book presents research on biologically and brain-inspired networking and machine learning based on Yuragi, which is the Japanese term describing the noise or fluctuations that are inherently used to control the dynamics of a system. The Yuragi mechanism can be found in various biological contexts, such as in gene expression dynamics, molecular motors in muscles, or the visual recognition process in the brain. Unlike conventional network protocols that are usually designed to operate under controlled conditions with a predefined set of rules, the probabilistic behavior of Yuragi-based control permits the system to adapt to unknown situations in a distributed and self-organized manner leading to a higher scalability and robustness.

The book consists of two parts. Part 1 provides in four chapters an introduction to the biological background of the Yuragi concept as well as how these are applied to networking problems. Part 2 provides additional contributions that extend the original Yuragi concept to a Bayesian attractor model from human perceptual decision making. In the six chapters of the second part, applications to various fields in information network control and artificial intelligence are presented, ranging from virtual network reconfigurations, a software-defined Internet of Things, and low-power wide-area networks.

This book will benefit those working in the fields of information networks, distributed systems, and machine learning who seek new design mechanisms for controlling large-scale dynamically changing systems.
Show all
About the authors

Masayuki Murata received the M.E. and D.E. degrees in information and computer science from Osaka University, Japan, in 1984 and 1988, respectively. In April 1984, he joined the Tokyo Research Laboratory, IBM Japan, as a researcher. From September 1987 to January 1989, he was an assistant professor with the Computation Center, Osaka University. In February 1989, he moved to the Department of Information and Computer Sciences, Faculty of Engineering Science, Osaka University. In April 1999, he became a professor in the Cybermedia Center, Osaka University, and he now has been with the Graduate School of Information Science and Technology, Osaka University, since April 2004. He has published or presented more than 900 papers in international and domestic journals and at conferences. His research interests include computer network architecture and bio- and brain-inspired computing platforms. He is a member of IEEE, ACM, and IEICE.

Kenji Leibnitz received his M.Sc. and Ph.D. degrees in information science from the University of Würzburg, Germany, in 2003. In 2004, he joined the research group of Prof. Murata at Osaka University, where he became a specially appointed associate professor in 2006. In 2010, he moved to the National Institute of Information and Communications Technology (NICT) as a senior researcher, and since 2013 he has been a principal investigator at the Center for Information and Neural Networks (CiNet) of NICT and Osaka University. His research interests include modeling and performance analysis of communication networks, especially biologically and brain-inspired mechanisms for self-organization in future networks.