Below is the function to create the two time series.  The simulation creates second order time series. 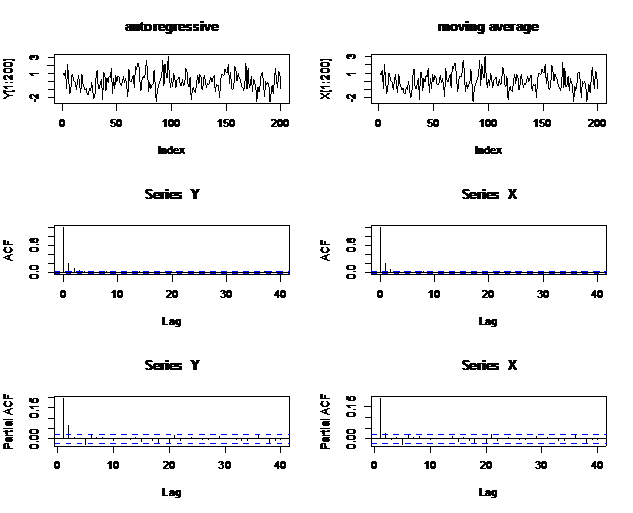 Margot Tollefson is a self-employed consulting statistician residing in the tiny town of Stratford in the corn and soybean fields of north-central Iowa. She started using the S-Plus language in the early 1990s and was happy to switch to R about ten years ago. Margot enjoys writing her own functions in R - to do plots and simulations, as well as to implement custom modeling and use published statistical methods. She earned her graduate degrees in statistics from Iowa State University in Ames, Iowa.

This article was contributed by Margot Tollefson, author of R Quick Syntax Reference.